With the arrival of the summer months, the warming of the weather, the cellulite problem, which is one of the biggest problems of women who have the opportunity for a holiday, is a problem that can be overcome if it is not fate for women but if some issues are taken into consideration. Cellulite, which is one of the biggest problems of women body, can be solved with food with proper nutritional values ​​and appropriate exercises. First of all, it is very important for women to pay attention to some foods to avoid this problem and to minimize this problem thanks to foods and drinks that have the feature and content that prevent and prevent cellulite.

In our article you will find

Cellulite, which is a problem mostly seen in women, can be defined as a body deformation caused by lymph fluids that accumulate as a result of slowing of lymph circulation in the tissues of the thigh, hip and abdomen. Cellulite, which is in the form of an image similar to orange peel, causes the fat accumulation between the cells to accumulate due to the slowing of lymph circulation and as a result of this, cellulite increases.

Edematous fibrosclerotic panniculopathy, gynoid lipodystrophy and adipose edema in medicine Although the cause of this problem, which is named with various expressions such as, is unknown, many possible conditions such as malnutrition, weight gain, weight loss, genetic factors are evaluated and studies are carried out. 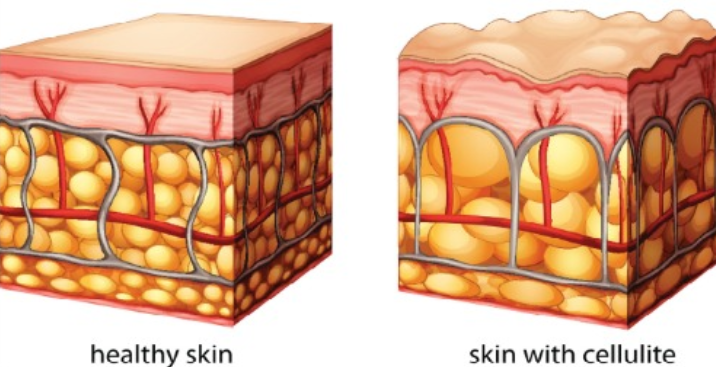 The main causes of cellulite formation

Although the cause of cellulite formation can not be determined clearly, many factors have been understood as a result of the researches that triggered this problem or took it further.

It has been revealed that problems such as stress play an important role in the formation of cellulite and positive results are obtained if attention is paid to these issues. Cellulite, a problem experienced by almost all women, is possible to overcome thanks to healthy diets and exercises, and good results are obtained with proper nutrition.

What are the Cellulite Symptoms?

Cellulite, which causes a dimpled protruding appearance in areas of the body such as hips, thighs, and abdomen, is visually uncomfortable for women. Positive results can be obtained thanks to the measures applied by women who want to get rid of this image and prevent the formation of cellulite from going to a further dimension. It is very important to notice the formation of cellulite without going further, and to obtain much more effective results and to pay attention to the symptoms.

Cellulite, which usually occurs with the appearance of an image similar to cottage cheese or orange peel, is possible by noticing the rough structure that occurs on the skin. Cellulite, which is frequently seen in the thigh and hip circumference and chest, lower abdomen and upper arms, is in the form of differentiation in the skin with the onset of formation.

Who is more at risk of cellulite?

Cellulites, which are expected to occur with adolescence, appear to be more advanced with the advancement of age. The skin structures of the elderly are changing and changes such as skin thinning and loosening are effective in the formation of cellulite. As a result of the researches, cellulite, which is more common in fair-skinned women, has revealed that every woman is seen around 80-90%.

This problem, which is less common in men than in women, is mostly caused by the skin structure of men and less fatty tissue. The risk of this problem is high in people with cellulites, weight gain, pregnancy, and sedentary life that are likely to occur in weak people.

About Cellulite Degree and Type

The formation of cellulite, which is divided into 3 different degrees, has been determined as a result of the studies conducted on this subject.

1st degree cellulite formationis defined for cellulites that look like orange peel. This type of skin, which appears as a compressed appearance of the skin, is difficult to notice while lying or standing, and it occurs mostly in young girls.

2nd degree cellulite formationis a species that occurs when standing or crossing legs. This problem, which is not noticed during bedtime, draws attention while standing and manifests itself with a wavy appearance in the legs, hips, hips and arms.

3rd and 4th degree cellulite formationIn addition to standing, it is an image that appears when lying down and lying down. Mostly women in menopause are seen. 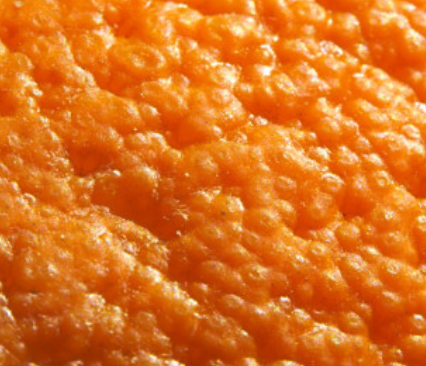 Is It Possible To Treat Cellulite Formation?

For cellulites that do not have a clear treatment method, the most important issue is to take precautions to prevent their formation and progression. For this reason, you should consciously approach the problem and be careful about some issues. The most effective measure that can be taken in cellulite formation by specialists is stated as healthy nutrition. It is especially important for people with cellulite who have not reached advanced size to pay attention to certain foods and beverages. However, for advanced cellulite deaths, besides food and drinks, it is necessary to resort to appropriate exercises, creams and specially developed body therapy methods. For this reason, controlled movements such as healthy eating and regular exercise play an important role in the treatment of cellulite.

What Should Be Done To Prevent Cellulite?

Thanks to a number of measures, it is possible to prevent and reduce cellulite formation. First of all, it is necessary to pay attention to a healthy diet and exercise and exercise that every individual needs during the day. Also, having ideal weight and performing suitable muscle strengthening exercises for areas such as thigh, hip and abdomen where cellulite occurs, minimizes this problem.

People who lose weight fast should be careful about this and therefore, they need to lose weight more slowly and healthily with an expert. Smoking also triggers the formation of cellulite and quitting smoking is important for the health of the skin. It is possible to get rid of cellulite thanks to proper movements and nutrition to have firm skin.

Foods and Beverages That Make Cellulite

Although there is no clear conclusion about the treatment of cellulite formation, due to temporary solution suggestions, appropriate measures and treatment methods minimize this problem. It is important for women who want to deal with the cellulite problem to take into account the nutritional recommendations that cause this problem and prevent formation, which is the most important issue to consider.

Cellulite-producing foodsEven though it is not possible to completely remove from life, a much more limited consumption minimizes this problem and it is possible to obtain positive results thanks to the adequate and balanced consumption of healthy foods. For these reasons, first of all, it should be properly fed and expert support should be needed, and proper exercise techniques should be applied to ensure a healthy and beautiful appearance.

How Can We Eat Well During Quarantine?

Cellulite it is almost a nightmare for many people. This disorder, which is a …