Because people often confuse them with food intolerances, allergies from consuming foods containing additives are often not noticed. But basically bAlthough they come out of a similar point and show close symptoms these two are different things.

Food intolerance is when a person is sensitive due to difficulty in digesting a food or additive. Additives and food allergies in general are cases where the immune system responds disproportionately. This situation may sometimes endanger one’s life.

Society is generally more sensitive to food intolerances or food allergies than allergies from additives. This is because additives are present in most processed foods and those who consume them ignore the harmful aspects of these foods.

Additives are substances added in the process of processing food. These substances change the properties of foods such as taste, texture, color aroma, shelf life. Manufacturers add their additives to food with the approval of the ministry of health or similar healthcare organizations. and they usually appear on product labels.

When the body perceives the additives as an extremely dangerous unit, it shows an allergic reaction. Therefore, it gives mild or intense violent responses to immunity against these substances.

Symptoms of Allergies from Additives

Allergy symptoms caused by additives manifest themselves in the respiratory system or on the skin. In more intense cases, serious reactions called anaphylaxis may occur.

Symptoms of an allergy to additives vary. But skin diseases, along with respiratory problems such as asthma, rhinitis, are mostly seen. The reflection of these symptoms on the skin is usually hives or dermatitis.

As we mentioned above, symptoms can manifest in a life-threatening way, such as anaphylaxis. Anaphylaxis occurs extremely quickly and damaging as a result of intense release of histamine and other substances. In addition, it may block the airways and cause death.

Researchers underline that about 5% to 10% of cases of chronic hives are allergies from additives. In fact, there are certain restrictions in the diagnosis of this disease. But generally, intolerance to certain foods can be considered as signals that allergy specialists should doubt.

Potential Risks of Some Additives

All additives can cause different allergic reactions, but some pose a greater risk. Some of these additives are:

Treatment of Allergies from Additives

To prevent allergic reactions from additives, you should avoid processed foods containing these substances. Instead, opt for fresh and natural foods that have not been exposed to pesticides.

These allergies do not have any treatment other than to avoid these mentioned foods. Of course, since most of the products sold in the markets contain additives, it may be difficult to consume them.

A proper elimination may not be easy as the additives are indicated on the labels with reference numbers, not their names. At this point, learning the name of the item corresponding to the code or number on the label is of critical importance. The best precaution to take here is not to consume packaged processed foods, especially of industrial origin.

The less processed food you consume, the less additives it contains. The healthiest option for you is that you have a diet consisting of fresh and natural foods. However, we also recommend that you do not consume foods that are unclear in what they contain. We recommend that you avoid even trying such foods when you encounter such situations. 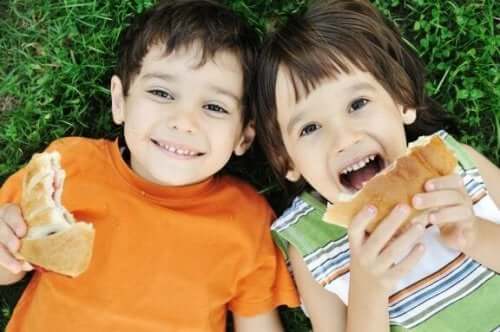 Previous Why Does Your Urine Smell After Eating Asparagus?
Next Can I Eat Pasta and Rice at Night?

What Are Water Soluble Vitamins? – A step to health

Vitamins are essential for our body to function properly. Generally, There are fat-soluble and water-soluble …