In no case do not turn to drinks other than water to meet your body’s water needs.

Sugar-free carbonated beverages are light drinks without sugar, and instead of sugar, alkali sweeteners such as aspartame (a type of sweetener), saccharin or sodium cyclamet are included. Although there are no calories in sugar-free soft drinks, the sweeteners in it are absorbed by the intestine.

Sugary carbonated drinks promote the release of insulin. Therefore also The rate of blood sugar in the body decreases, resulting in a feeling of hunger.

Since sweeteners change bacteria in the body, they also affect the intestinal flora. As a result, this causes the bacterial flora in the large intestine and glucose intolerance.

Researchers are increasingly examining the relationship between dietary carbonated drinks and weight gain. Studies in this area aim to find out whether sugar-free soft drinks cause weight gain. A most recently published study shows that sugar and artificially sweetened beverages are linked to obesity.

It is important to clarify that this study does not distinguish between sugary drinks and non-sugary diet drinks. The results of this kind of research show that regardless of the sugar content, those who have obesity problems have higher beverage consumption.

Other studies show that besides the risk of obesity, sugar-free drinks also increase the risk of developing cardiovascular diseases. But we do not know exactly why such drinks cause this condition.

On the other hand, other studies, such as Plos One, point out that there is a relationship between dietary carbonated consumption and belly fat. According to this study, consuming dietary carbonated drinks is not a very effective method for weight control.

Drinks without sugar may not cause you to gain weight alone, but such drinks are directly related to the unhealthy lifestyle.

You probably think that by staying away from sugar in carbonated drinks, you can consume more calorie foods. For example, eating hamburgers alongside dietary drinks is not a reliable way to control your weight.

They can increase hunger

If we need to repeat, such carbonated drinks can trigger a feeling of hunger.

In some cases, high insulin, which occurs when you consume sucralose, is also accompanied by a decrease in the level of glucose in the blood.

So your body can react to sugar-free beverages, just like regular carbonated beverages. In fact, the only difference is that no sugar gets into your body. Despite this, your body acts as if it had taken sugar.

While they cause calories, sweet foods activate parts of the brain that are related to pleasure and reward. So they can cause addiction. The effects of consuming sweet foods on the brain are just like drugs; therefore, you want to consume more sweets each time.

If you want to lose weight, it may make sense to choose diet drinks instead of sweetened carbonated drinks. Such drinks have proven to be safe in calories if you consume them in normal proportions.

However, there is a fact revealed by scientific studies. Dietary carbonated drinks are not as effective as you think about weight control; because it causes you to eat more and make your abdomen fat.

Gaining weight is a complicated matter and it would not be right to blame only a group of food or drinks. As we mentioned earlier, the main beverage you consume should always be water; both during meals and between meals.

However, sometimes you may want to consume carbonated drinks. So, in such a situation, do you need to turn to sugary or unsweetened drinks? Dietary carbonated drinks do not have a negative effect as long as you consume less. 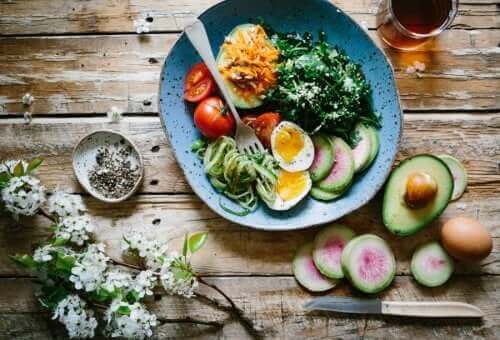 What Are Water Soluble Vitamins? – A step to health

The foods you eat regulate the health of your digestive system. If you have a …